1. Signed by the Author

Belonging to the respected Kwantunyi family of 64 generations of traveling merchants, Folayan is born in 1785 and comes of age in Ghana, West Africa. She has a feisty, adventurous heart, but juxtaposed to her five older brothers, she must learn “girl things,” one of which she looks forward to, and that is being in love, in spite of the interference of her age mate, Afua, daughter of the chieftain’s least favorite wife. Nevertheless, Folayan prepares to be a diligent, prosperous Fanti woman, while struggling to protect her name which means “One who walks in dignity.” 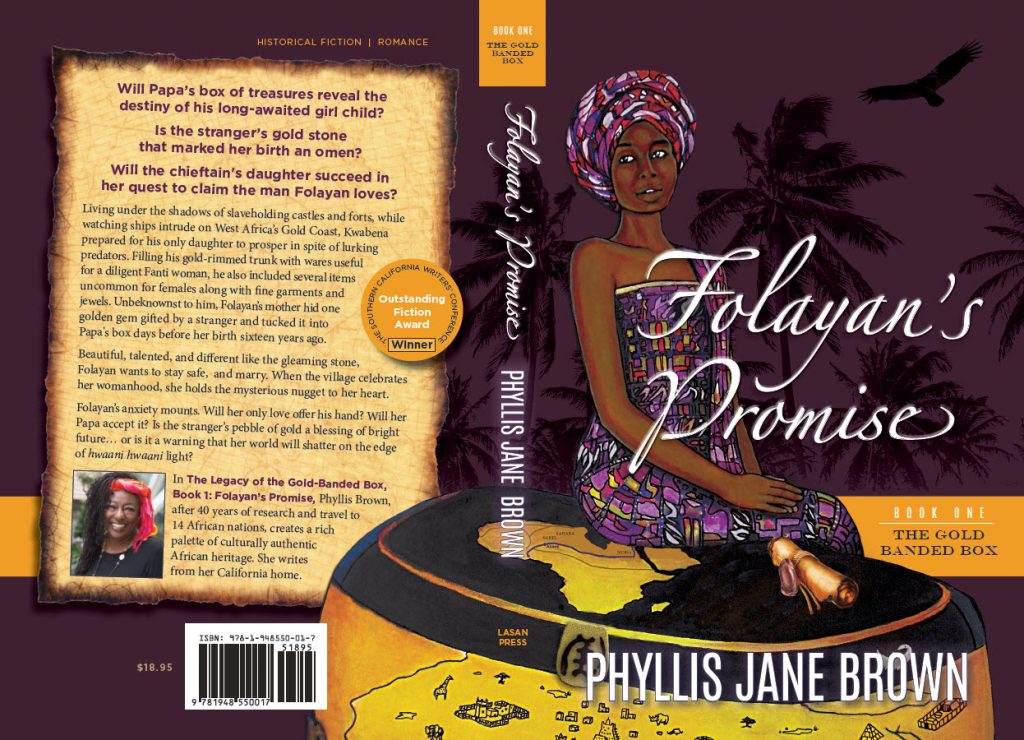 Now married and pregnant Folayan remains the adored only daughter of Fanti parents in whom the fate of the clan exists. Taken on several voyages, Folayan is forced to make hard decisions about her child and her future. Throughout perilous circumstances, Folayan must use her God-given talents and self-determination to carry on.

Emily is faced with troubles that cause her to question why her life is so different from her mother, Folayan’s. Frustrated because the consequences of Folayan’s decision have been thrust upon her, she resists and her world is turned upside down, forcing her to take up residence on Erin Lane.

A web of vices threatens to topple the Erin plantation’s proud past like a line of standing dominoes which fall when the first one is tipped. Masters and the enslaved must make decisions that have moral, temporal and eternal consequences. Folayan knows time is running out for her to act, so she must act swiftly. Placing her hope in her granddaughter’s hands, she pours into Moriah her courage and misty dreams–even though achieving them may put Moriah’s life in danger.

In the 21st century, Dignity, an observant sixteen-year-old descendant of Folayan, is provoked by an history assignment that causes her to embark on a journey of her own into the resurging residuals of slavery to try to rescue her family members from being sucked under. Dignity turns to her ancestor’s gold-banded box and leather journal, thus, learning of Folayan’s concern about prophecies that Dignity thinks are now being fulfilled and she is afraid. Two admirers offer comfort, but only one will help her find true love and peace.